Why the Indian Engineering Education needs a Complete Overhaul?

A wise man once said, “The real process of education should be the process to think through the applications of real problems.” This wise man was none other than John Dewey, a 20th-century American philosopher, psychologist and educational reformer who introduced the idea of practicing democracy in education.

In case you’ve missed Mr. Dewey’s spiel on what education ought to be, let’s talk about a more topical exploration on the subject, and what can be more topical in our country than Bollywood. Academicians, students, specifically engineering students and aspirants of that coveted degree in our country must have contributed to the revenue that a film called “3 Idiots” generated. It is historically one of the highest grossing movies that Bollywood has churned out of late. Besides being wildly entertaining, much like its counterparts and peppered with ample song, dance, and melodrama, the film explores, exposes and mocks the almost fascist and redundant educational system that exists in our country. The celluloid drama caught the imagination of an entire nation of moviegoers, Indian youth and millennial's growing up in faraway lands and close to home. Why is this relevant, you ask?  It isn’t a surprise that the story of three friends disillusioned by their academic pursuits in the hope of a glorious career had a premium engineering institute as its milieu. While being a little gimmicky, this reference to bollyhack does make a brilliant segway into what we really want to talk about.

An engineering degree that was once upon a time, brandished by the average Indian household as a ticket to middle-class stardom is fast losing its sheen. At one point in time, you could exchange it for a job, a ride, a bride or even a one-way ticket to America. Not anymore, you can’t. And there are enough numbers to prove it’s fast and rather alarming demise. Here are some very high-level data to put things in perspective. 3345 engineering colleges and institutes in India graduate 1.5 million engineering students in a year. Of this number, 60% of the graduating population is unemployed. 27% of graduating engineers are unable to even secure an interview, which then means that a whopping 80% of engineering graduates are either ill-employed or unemployed in our nation. At the risk of sounding politically incorrect and ignoring a whole gender (how many women engineers do we really know? We won’t dwell on this very much here cos’ this warrants a whole separate blog), no points for guessing why accountants have become the preferred choice for grooms. At least they get jobs!

How we teach and what we teach is not working

In plain Jane lingo, 80% of the graduating engineers who are unemployed, do not have what it takes to get the job done. Our universities and educational institutions have not been able to adapt to the ever-evolving tech climate in the world at large. There has been no upgrade in the curriculum, course design is archaic, programming languages taught in all but the tier 1 institutions are ancient, rote learning and the textbook approach is still highly prevalent with little or no attention paid to practical learning based on real-life problem solving, industry case studies and application-based instruction. This tunnel vision technique is further exacerbated by an unmotivated, untrained and poorly paid breed of the teaching staff.

A degree is not enough to get you a job

Today’s hiring landscape has changed tremendously. It is not enough to have graduated, let alone to have graduated with an engineering degree. In fact, it’s the opposite. It might sound funny but it may even work out fine if you haven’t graduated at all. What is imperative, however, for you to have snagged that job is your ability to problem solve, to think on the fly, to apply the four years of cumulative wisdom into providing some real-time solutions for real-life issues – social problems, political problems, business problems, socio-economic problems, even management problems. Our tech graduates lack the requisite analytical skills, creative thinking and the innate ability to apply learning to seek solutions – something that has now become the mandate for every single recruiter whether hiring for entry level or beyond. Our education system is not designed to support the demands of the industry and our graduates are floundering. So great is the need for upskilling and reskilling that large organizations are willing to spend a small fortune in bringing their task forces up to market speeds.

Student fatigue is not just a student problem anymore, it’s an industry problem

Students are losing it. After spending a substantial sum, not to mention four years out of their valuable youth in the acquisition of a college degree, they often find themselves, unskilled, directionless and unemployed. Many students are clueless about the possible industries or sectors their skills can be applied to. Exposing the Gen Y workforce to all possible applications of various disciplines can be an excellent motivating factor for them. Students pursuing analytical degrees other than engineerings such as Mathematics or Statistics become equally valuable candidates in the field of healthcare, social development, finance, data science and other applied areas.

Educators and those in the business world need to come together to meet this challenge. Our engineering graduates need to move up the ladder of an application based methodology, exposure to real-life problem solving and adopting a real-world approach to project deliverables. There needs to be a paradigm shift in what is expected from engineering graduates. They must be equipped with broader skills, interests, and abilities to navigate their way through this new global world. 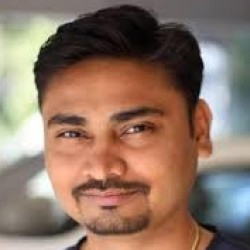 Ganesh Badhe is a UI/UX Designer at GreyAtom. He is working across multiple disciplines to conceptualize, prototype, and integrate UI that makes users feel at home.

A Day in the Life of a Data Scientist: Sami Abboud

How to Prepare for GreyAtom's Frontend Developer Program Entrance Exam

How to Switch Careers to Data Science?

GreyAtom ties up with Cutshort

Get Started - Future proof your career